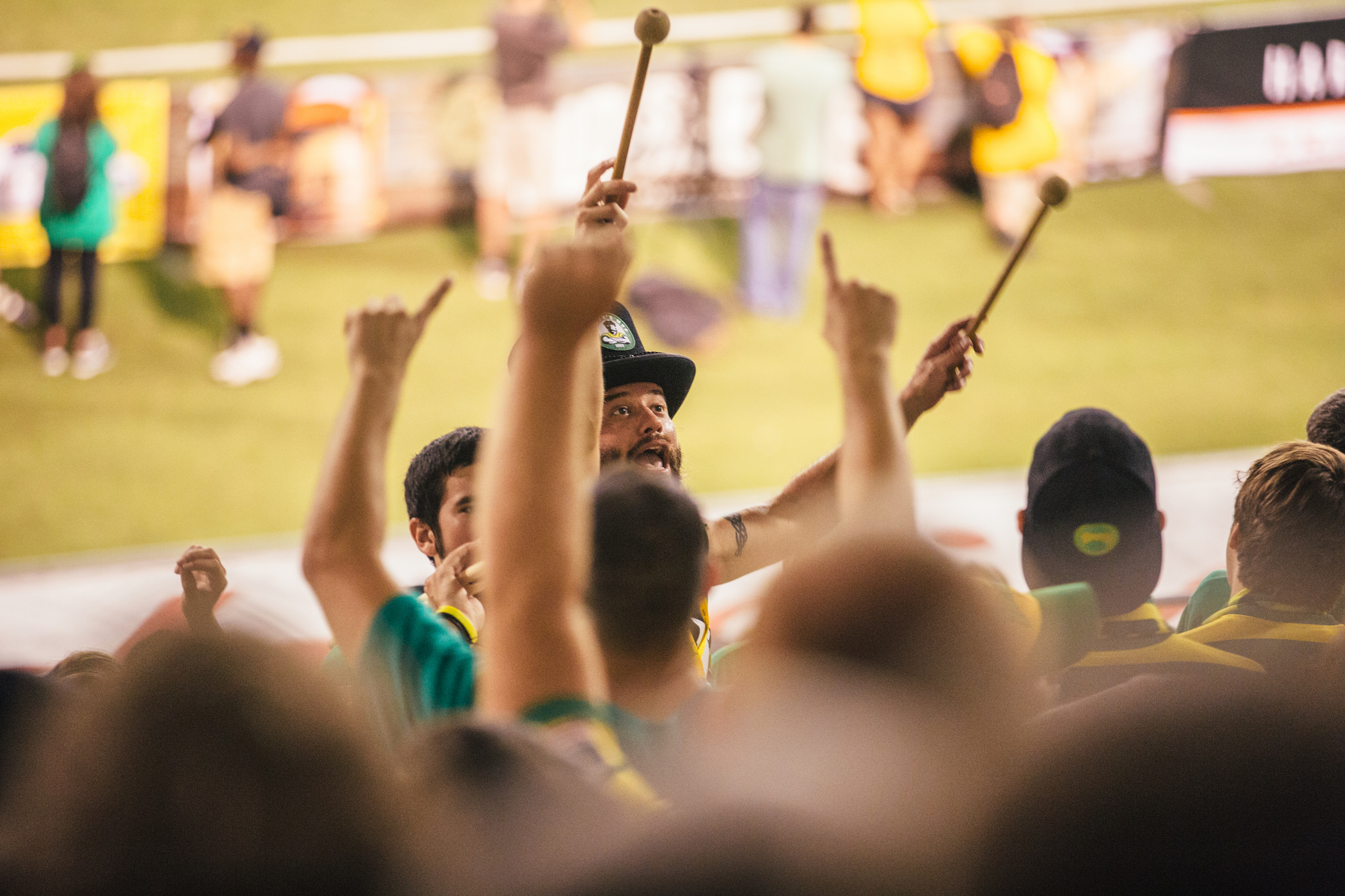 It was an electrifying night on Beach Drive. In a raucous and dare I say, rowdy Al Lang Stadium, to the backdrop of downtown fireworks, The Tampa Bay Rowdies ran away with a 3-0 victory in the first game of the semi-finals against FC Cincinnati. In a dominating performance, Marcel Schäfer scored a pair of goals in the first half and Georgi Hristov added a third in the second half to handedly defeat Cincinnati and move on to the next round.  The Rowdies next match up against the New York Red Bulls II (again at Al Lang Stadium) on Saturday, October 28 at 7:30pm.

The match-up is sure to be a good one, as the No. 3 ranked Rowdies are 1-1 with the No. 7 ranked Red Bulls, losing their match 4-2 in New Jersey in September, and winning 3-2 at home in November. The Rowdies’ higher ranking allows them home field advantage. Let’s hope winning home streak continues this Saturday.

Get geared up for the next game at the Rowdies online store.

Check out highlights from this past Saturday’s game below.

By day, Megan writes, project manages, and plays an executive assistant who needs an assistant at Big Sea. By early morning and late night, she lives at CrossFit9 with a barbell in her hands. She believes that exercise is the greatest prescription for every ailment, but that a hot cup of coffee and a nice sour beer will do in a pinch. She loves all things local – so you might spot her trying out a new eatery, biking around this beautiful city, or walking her beloved Shiba Inu, Max.