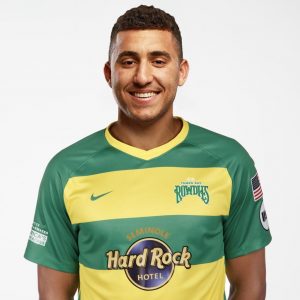 Already in his fifth season in the United Soccer League (USL), Morad has approximately 8,000 minutes of USL play and 100 appearances under his belt. He debuted with OKC Energy FC in 2014 and played for Louisville City FC for the last three seasons.

Growing up as an Egyptian-American in a suburb of Los Angeles, Morad was drawn to soccer by his father’s love of the game. Morad inherited the Egyptian passion for the game, excelling throughout high school and at the Division I University of California-Irvine program. 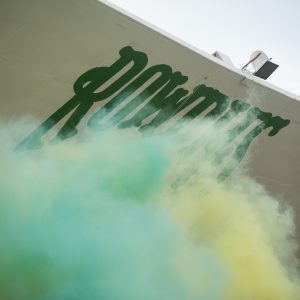 “We’re always happy to improve our squad and when a player of Tarek’s ability is available, it’s a great addition,” Rowdies head coach Neill Collins said. “He’s a player that has played a lot of games in this league at a really high level and we’re excited to have him in our team.”

Morad wears number 24, and has already played two games for the Rowdies. The Rowdies’ next home game is Aug. 25 at 7:30 p.m. against FC Cincinnati at Al Lang Stadium in downtown St. Petersburg.

Graham doesn't like talking about himself...he'd rather write. He is a master's student in journalism at the University of South Florida, St. Petersburg. He's also a freelance writer and social media manager, who is pleased to be with Beach Drive and the St. Pete Catalyst this summer. In his free time, he enjoys reading and playing sports.