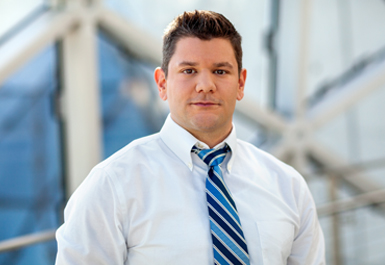 Nathan Schwagler is the founding co-director and executive facilitator of the Dali Innovation Labs at Beach Drive’s own Salvador Dali Museum. The first of their kind, the Innovation Labs are thinking big and reimagining the traditional limits of a museum-patron experience. Their location is key. As the Southernmost anchor of Beach Drive, the Dali Museum is a vibrant place. Boasting back-to-back years of record attendance, the Dali brings in world-class exhibits; holds special events in the spirit of Dali’s interests; and hosts concerts, conferences, and summer camps. The Dali benefits from being part of the city’s hub, where tourists and locals alike can enjoy world class art, architecture, and community, just a short walk down the waterfront.

The Dali Museum’s Innovation Labs host businesses, corporations, boards, and individuals from around the world to unleash their creative potential and solve business problems. Their tools? The collection of one of the world’s most prestigious museums, and the brilliant minds of facilitators Nathan Schwagler and Dr. Hank Hine. Through the Innovation Labs, Schwagler has been providing cutting-edge services to businesses throughout the Tampa Bay Area and far beyond for the last four years. His journey to the founding of the Dali’s Innovation Labs appears serendipitous. But there is more than meets the eye. Underneath a bright, airy, and confident demeanor is a refreshingly contrarian attitude of grit, fearlessness, and unparalleled drive – all fueled by optimism.

Nathan’s love affair with creativity started long before the Dali. His trajectory is akin to a strategic game of pinball. From a messy start with a non-traditional high school degree to dropping out of community college – twice – one might not have expected a lot from Nathan as a junior psychology student at SUNY Buffalo State. But it was there that it all really started; with a scuffle that landed him in a remedial program at Buffalo State and in front of a flier for their Creative Studies department. Schwagler, not even enrolled in college at that time, decided to have a look. There, he found himself in the office of his future mentor, Dr. Cyndi Burnett. After a lengthy conversation, Burnett sent him home with a book that he still considers the most impactful of his life so far, Gordon MacKenzie’s Orbiting the Giant Hairball. Nathan eventually borrowed and read the entire syllabus of graduate program textbooks, before he had even finished his own undergraduate degree.

Nathan now holds an undergraduate degree from SUNY Buffalo State and dual master’s degrees in Creative Problem Solving from the International Center for Studies in Creativity, and Applied Entrepreneurship from the University of South Florida. Considering the timeline of his education, one might wonder how it all came together. Schwagler simply smiles and quotes his aforementioned mentor, Cyndi, “‘There is always a way and usually more than one,’” he says, “It’s okay if your path is bumpy, as long as you agree with yourself that you won’t stop moving forward – whatever direction that means to you.”

And a way there has always been. After finishing his degrees in Creative Problem Solving and Entrepreneurship, Nathan began looking for a way to monetize creativity. Nathan spent a year unsuccessfully pitching his creativity workshops to businesses in the midst of the recession. Finally, he realized he could rebrand them as “cost-saving” strategy design workshops while providing the exact same services. Suddenly, his idea was successful. He began to teach at University of South Florida and eventually became their first Business school “Creative-in-Residence.” All the while, he maintained his consulting practice on the side. He loved his work, but leaving his young son was getting too difficult. The travel began to wear on him. Nathan began wondering how he might be able to bring clients to him. He knew he would need a spectacular home-base, and the choice was obvious.

The Dali Museum had no contest. It is an invitingly strange structure of glass and metal. No two windows in its amorphous construction are the same. Its architecture manifests numerous Dali-inspired spirals and the grounds hold a labyrinth. It is a physical breeding ground for creativity, not to mention the home of an extensive collection of Dali’s works that aid in pushing the brain beyond the confines of “normal” to the surrealism that Dali was so well-known for.

His mind made up, Nathan pitched the idea of Creative-in-Residence to the Dali’s Executive Director Dr. Hank Hine. And thus, the idea of the Dali Innovation Labs was born. Nathan tested out the concept doing workshops exclusively with companies connected to the board of the Dali Museum, but by the time he was through, he had already convinced many of the top CEOs and business owners in the region, including Jabil, Raymond James, and many others. From there, he came on full-time with Innovation Labs, “to re-orient the relationship between corporations and museums from consumption to creation.”

His next venture? To build a network of museums around the world who are actively running Innovation Labs programming. A pilot project with a beta museum partner in New York is currently in the works for October 2017, with other museums in the queue for 2018. If you are interested in taking part in the Dali Museum Innovation Labs or visiting the Dali museum, find the link here.