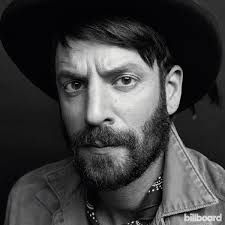 Ray LaMontagne at The Mahaffey

St. Petersburg, Fla. – (July 17, 2018)- Grammy nominated singer/songwriter Ray LaMontagne announced that his 25-date North American acoustic tour, Just Passing Through, will stop in St. Petersburg, FL for one night only on Sunday, November 11 at 7:30pm. John Stirratt of Wilco will accompany Ray on bass throughout the tour.
Tickets will go on sale to the public on Friday, July 20 at 12pm. Tickets may be purchased online at TheMahaffey.com, charged by phone at (727) 893-7832, or in person at the Duke Energy Center for the Arts, Mahaffey Theater Box Office. Ticket prices are: $99.50, $79.50, $59.50, and $49.50.
On his last acoustic tour, critics across the US were raving about his performance. The Milwaukee Journal Sentinel said, “Ray LaMontagne’s voice and its raspy, yet smooth tones paired with the simplistic live acoustics awakened the senses and made you feel … good. He gave you honest music filled with raw feeling, and it was amazing,” while The Cincinnati Inquirer claimed, “a Ray LaMontagne concert is like this: intimate and personal, as if you’ve infringed upon a private performance session.” Consequence of Sound said, “Hearing Ray LaMontagne perform live is a poignant and magical experience,” while The Boston Herald raved, “LaMontagne’s voice remains a marvel, quiet and reflective one minute and forceful and impassioned the next. It really is an amazing instrument.”
In May, Ray released his seventh studio album Part of the Light via NPR said, “With ambitious acoustic ’70s-style sounds, LaMontagne’s warmth radiates on a record that expands on what we’ve come to expect from the singer-songwriter,” and that LaMontagne is “in this incredibly inspired period in his career right now.”
The first single “Such A Simple Thing” is currently in the Top 10 on BDS’ AAA chart. He performed the track on ABC’s Jimmy Kimmel Live (watch here) and BBC Two’s LATER…with Jools Holland (watch here) and the track was featured in the season finale of ABC’s Grey’s Anatomy. Most recently, Ray made a stop to NPR’s World Café (listen here).
To Listen Or Purchase Part Of The Light:
http://smarturl.it/RLPOTL